We live in a culture characterized by the visual. Photographic and cinematic images inform and influence us; they shape our view of the world and our understanding of crises and conflicts. However, images also contradict each other. They reach us via various channels and convey disparate messages. We doubt their authenticity and question their efficacy.
In our medialized world, how should wars and conflicts be viewed? How can the truth be made visible from the various perspectives of the participants involved? How should the “image makers” of our time tell their stories in order to reach an audience?

Ziyah Gafić, from the series „Quest for Identity“ 2010 © Ziyah Gafić

The exhibition Images in Conflict examines these questions from the viewpoint of contemporary photographers and artists who seek forms of investigation beyond current reporting. In their works, they consider the changing functions of photographic and cinematic images in situations of crisis and conflict and thematise the role played by the media in various areas of war.

British photographer Edmund Clark examines the visual language of the global “war on terror”. He elucidates how the conflicts and crises of our time become burnt into our image memory and how completely new image material is created via processes of censorship and the exercise of power in the American prison camp at Guantánamo.

Filmmaker and artist Harun Farocki examines the efficacy and ubiquity of picture material in crisis situations. His video project “Serious Games” illustrates the use of computer-game technology to train American soldiers, both as preparation for deployment and as treatment for traumatic experiences. 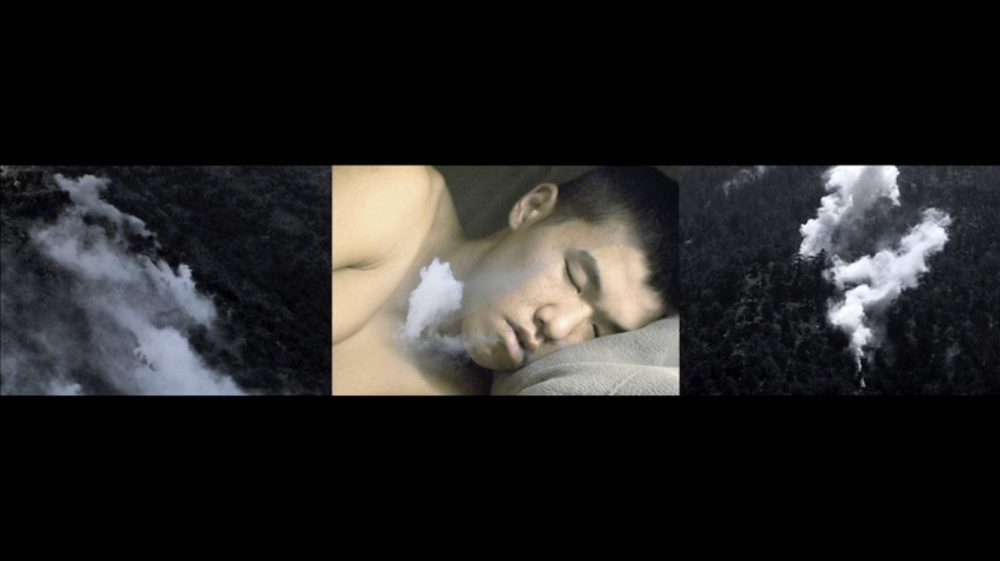 In the penetrating video installation “Sleeping Soldiers” by Tim Hetherington, the contradictions of the war experience become visible and perceptible. Intimate pictures of sleeping American soldiers in an outpost in Afghanistan are superimposed with scenes of intense combat. The vulnerability of the young men is juxtaposed with their often violent everyday situation.

Syrian graphic designer Dona Abboud has observed that war does not always involve direct combat. In her work “Outside Syria, Inside Facebook”, she collected images shared by people from Syria in their social networks. Abboud shows us how personal and official news, ordinary life and the exceptional situation of war all come together in the subjects’ timelines.

But Germany is at war as well. At least, so it was stated in the newspaper one sunny day. Terror, refugees, social relegation – what do people fear in a country that has been at peace for more than 70 years? Photographer Armin Smailovic and author Dirk Gieselmann set off on a journey through an unsettled Germany for their “Atlas of Angst”.

more about the EXHIBITS 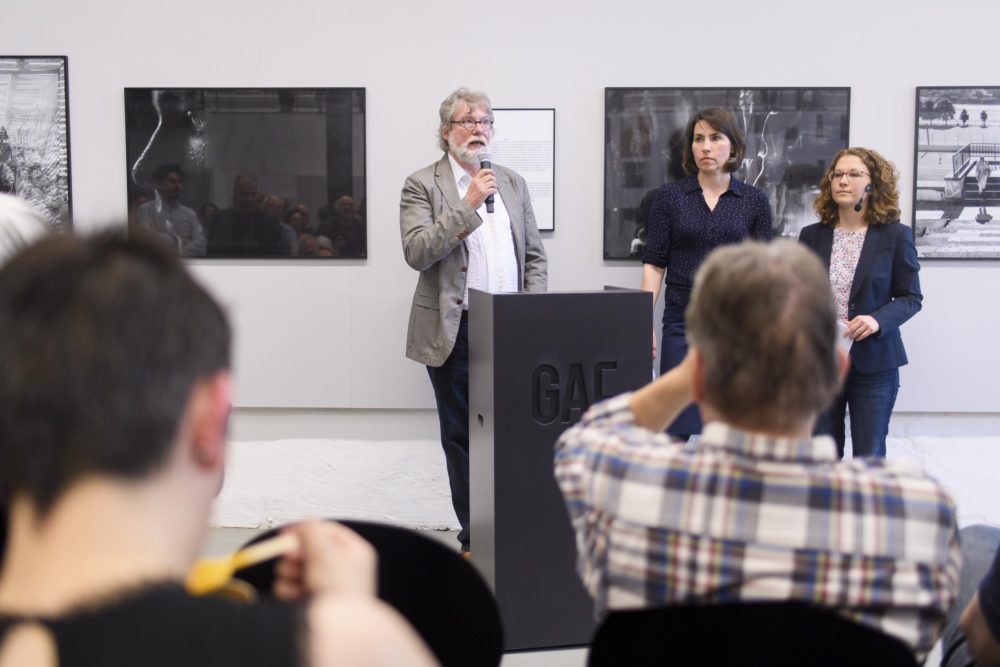 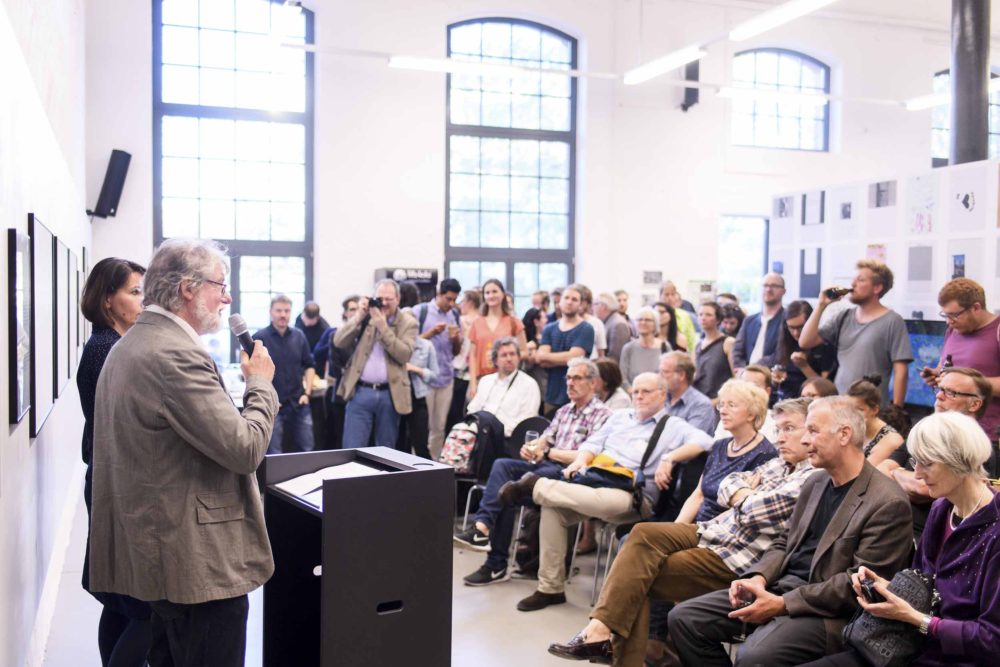 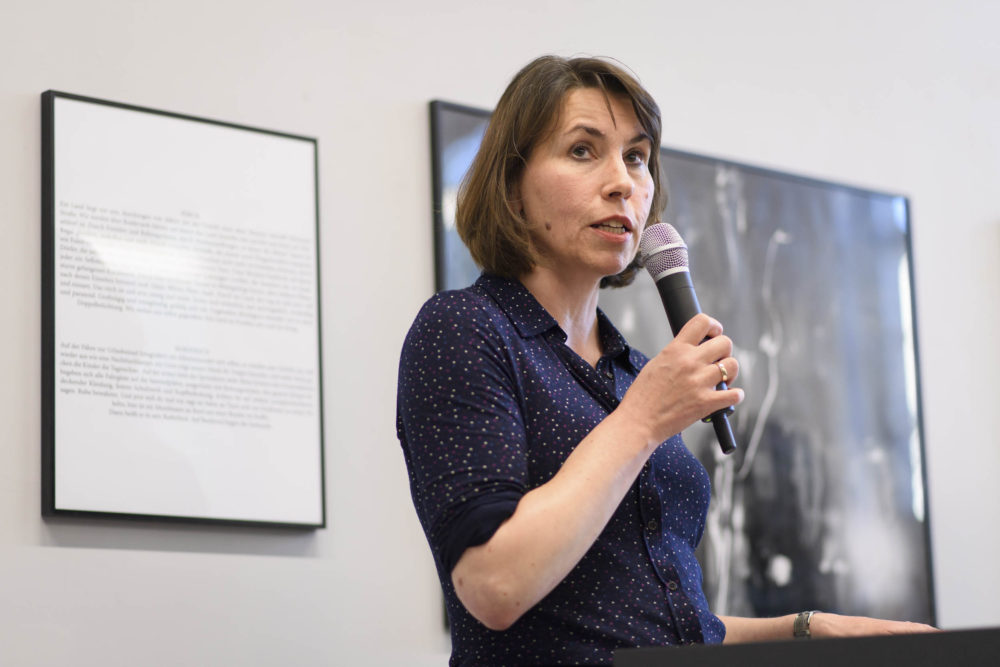 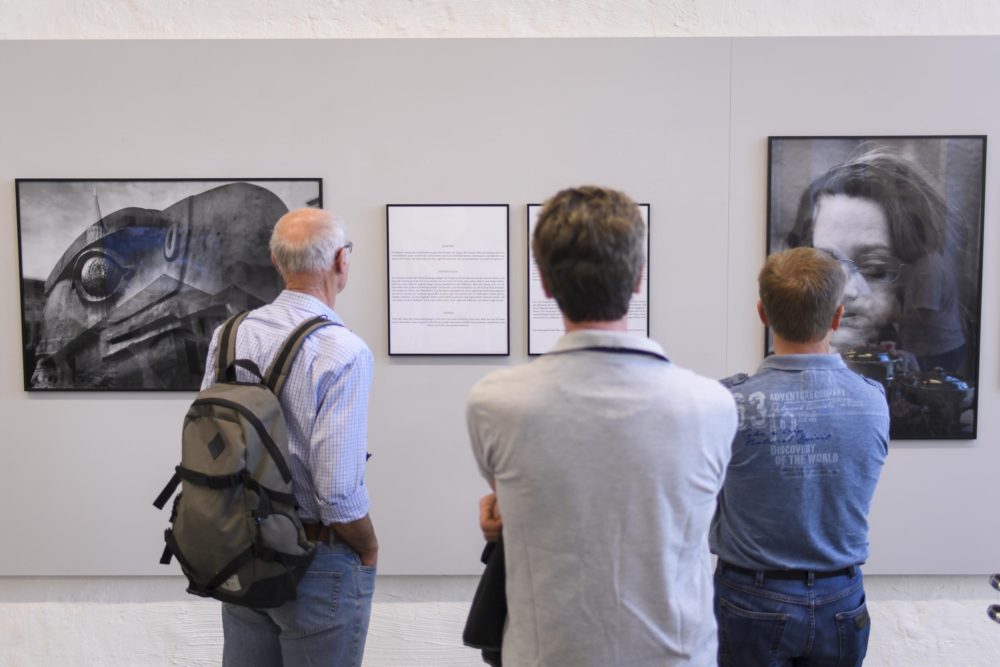 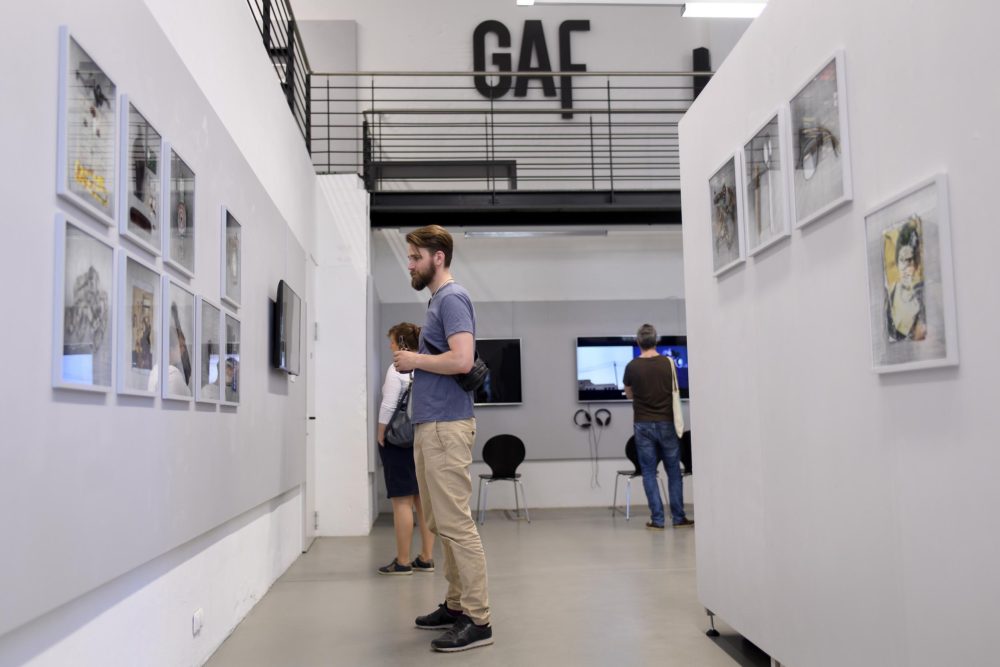 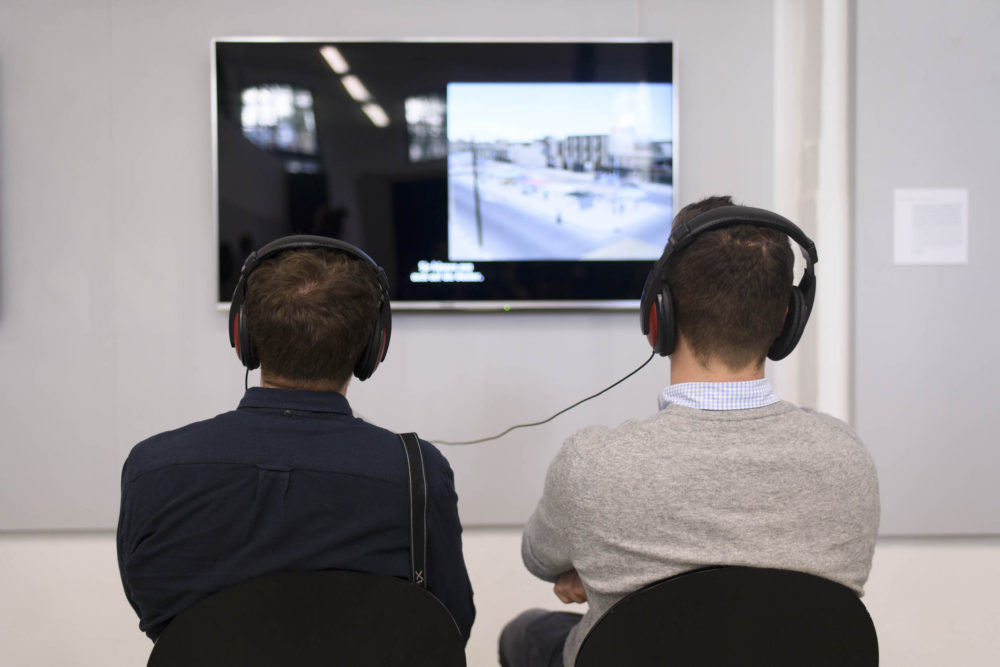 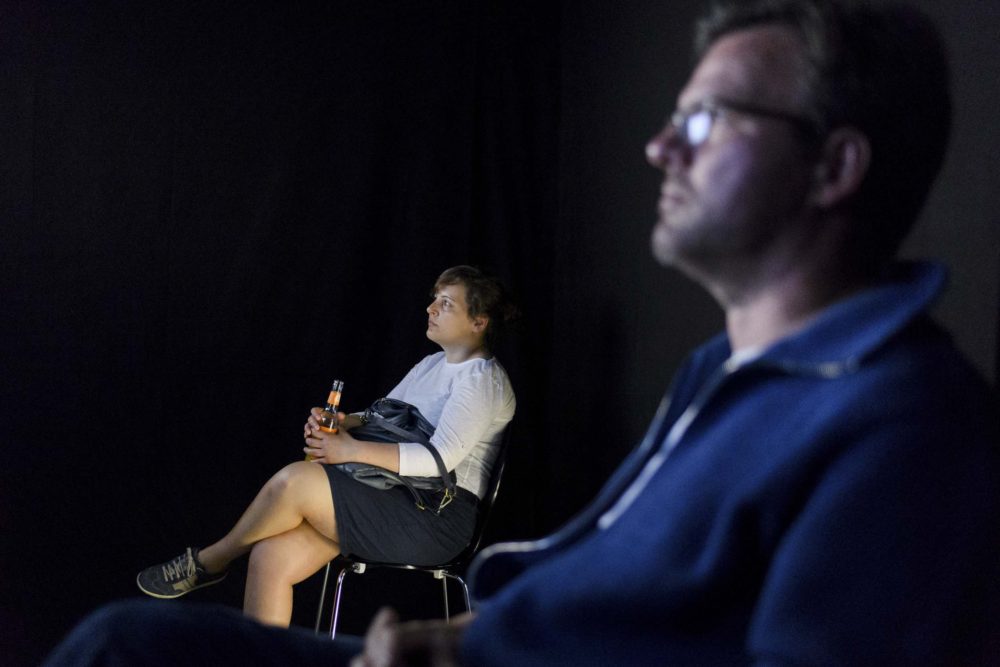 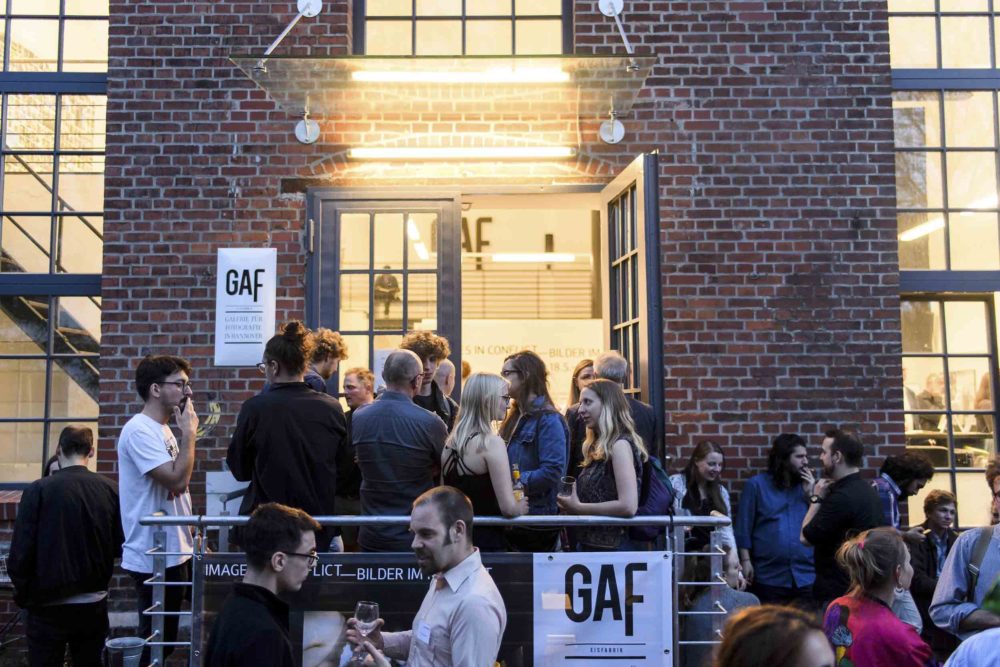