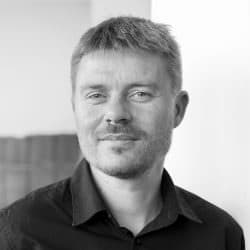 Laughter and good spirits seem inappropriate and irreverent in the face of conflict, violence and disorder. But it is in the state of exception that is war that the extremes of human experience, the horror and the absurdities of life, collide.

Christoph Bangert, who spent ten years working as a photographer accompanying American, British and German military units on operations in Iraq and Afghanistan, looks at the banality of everyday life in war, the bizarre scenarios that arise on military bases and the makeshift constructions and improvisations aimed at preserving a sense of normality. His intention is not to mock or trivialise war, but to illustrate that in situations of conflict, reality can present itself as more contradictory and multifaceted than is generally assumed. In the midst of war, humour becomes an important protective mechanism in dealing with the surrounding madness.