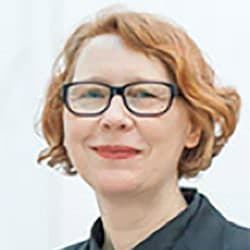 Nothing but the Truth

(Gewalt von innen – Harun Farockis “Ernste Spiele”)
Visualizations of war have been reshaped by the emergence of new imaging technologies continuously. Violence is therefore not only narrated, but also produced and fought by the apparatus of media. Harun Farocki’s filmic trilogy Serious Games explores these complex interrelations between imaging technologies and the military dispositiv, revealing how fictional scenarios of computer games are applied, both in the training of U.S. soldiers prior to their deployment in combat zones, and also in psychological treatment of troop members suffering battlefield trauma in the aftermath of warfare. The paper will situate this cycle of work in the context of Farocki’s larger oeuvre and in comparison with photographs of MOUT-environments and portraits of video game players by Beate Geissler and Oliver Sann. The connective trajectory of these examples is the idea that media representation and simulation does not merely depict violence; it is rather implicated within it, accompanying not only the soldier through every phase of combat from training through psychological treatment, but creating a topology of immersive militancy.