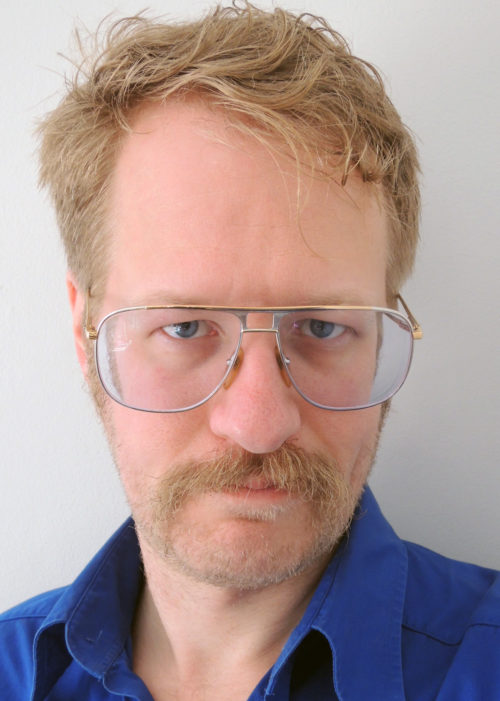 Kai Pfeiffer, a Berlin comic artist who works between fiction, abstraction and reportage, creates books and installations. Radioactive Forever, his comic-essay about the Chernobyl nuclear reactor disaster, was published in Japan in 2012. From 2009-2014, he was a teacher with special responsibilities in the Illustration & Comics class at the Kunsthochschule Kassel. Pfeiffer collaborated with Austrian author Clemens Setz to produce the book Glücklich wie Blei im Getreide (Happy as Lead in Grain, 2015). In 2018, he and Ulli Lust made the documentary film Urwald (Jungle) for Arte. Since 2011, he and the Belgian artist Dominique Goblet have worked as a duo; the German edition of Goblet’s graphic novel Bei Gefallen auch mehr … (And More if Desired …) appeared in 2019, as did the documentary Berlin comic strip Der Flaneur (The Flâneur), drawn by Tim Dinter), which Pfeiffer wrote for the Frankfurter Allgemeine Zeitung.