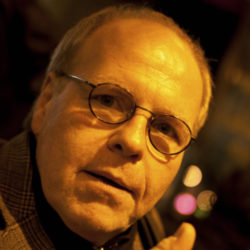 Nothing but the Truth

(„Nein, es ist nicht Dave (Burnett)!” –  Die Wahrheit über ein Foto, das jeder kennt. )
In 1972, a photo went around the world that changed our image of the Vietnam War and of all wars. It was Nick Ut’s Napalm Girl. Since then, this press photo has represented the horrors suffered, particularly by civilian populations, in modern asymmetrical wars. In the more than 40 years that have passed since the photo was taken, it has been the topic of countless publications. However, as is often the case with iconic pictures like Napalm Girl, so many historical inaccuracies and misinformation regarding the photo are in circulation; these are repeated with obstinate ignorance. This in turn has led to a lasting change in the historical impact and reception of the picture.
Michael Ebert’s presentation is an attempt to reconstruct the events of 8 June 1972 and the role of those involved as comprehensively as possible in order to identify the roots of the later blurring. This presentation is supported by the personal statements and memories of all those involved who are still alive, as well as by a meticulous evaluation of all the complete material that is still available.